Philip has posted the first part of his comparison between the Sony PMW-F3, NEX-FS100 and Panasonic AG-AF100 (AG-AF101). He also throws in some Canon 5D Mark II footage as well.

He stresses that he's not a professional test person, and that it's just a few tests and personal observations.

All the tests were done using the internal recording of the cameras, though on the three video cameras, he also used the Atomos Ninja. He notes that with HDMI - i.e. the NEX-FS100 - you have to send out 24p embedded in a 60i stream and use pull-down to remove the 24p.

He doesn't feel that any of these cameras work well hand-held, and - unusually for England[!] - it was a bright sunny day, which caused problems with the FS100 because it doesn't have built-in ND filters (though neither does the Canon 5D.) It didn't appear that he used add-on ND filters on either camera.

He found operation of the cameras to be very different; even the two Sony’s are very different to operate. He feels the PMW-F3 is much more intuitive to operate, but that could be because it's based on the PMW-EX3, which Philip has spent a lot of time with.


The FS100 is a different beast. […] It’s a fiddly camera to operate. There’s lots and lots of buttons and all of them are sort of recessed and relatively small, so it is quite hard to operate the camera by touch. You have to actually look at the buttons. Of course, this camera is very new to me, and therefore I don’t know it well. And that is a big part of it. But when you have a side of the camera just covered in buttons it’s going to be very difficult to do anything by touch. Even with experience. But it does mean it gives you lots of options which are actually not just you have to get from the menu, they’re available on the side of the camera.

Another operational note; the NEX-FS100 LCD screen doesn’t tilt when turned to the left or right, it can only go back and forth when facing forward or backward. He also found the positioning of the EVF to be slightly awkward. 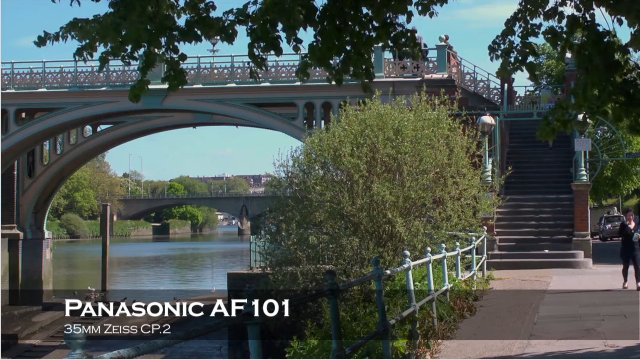 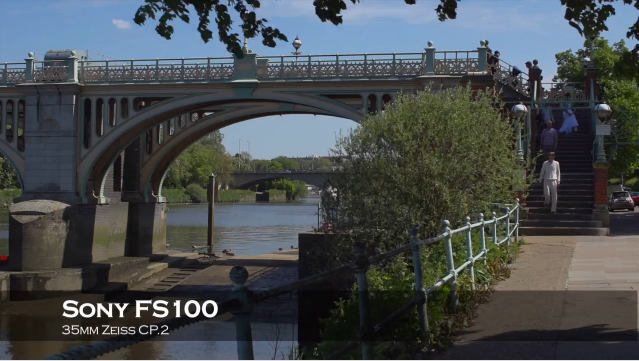 In addition to the shots made outside, Philip includes some slow motion and low light tests.

I'm starting to think the Sony PMW-F3 is the camera to get; which means I'll probably get none of them!