Adobe Cloud is down for a day and Other News


We have restored Adobe login services and all services are now online. We will be sharing a complete update on the outage soon.
— Adobe Customer Care (@AdobeCare) May 16, 2014


A serious outage has taken login functionality offline for almost 24 hours, leaving subscribers to Adobe's Creative Cloud unable to access their accounts or do much of anything else - including downloading new apps. As yet, Adobe has been unable to offer any indication of how long the outage will last, but a message on the CC homepage states that the company has 'identified the cause [and is] working to restore the service as quickly as possible'.


Shane Hurlbut, ASC, on Why the Canon C500 Is His Go-to Camera | Studio Daily


Canon is trying to create one frame, 24 times. Everyone else is trying to create 24fps [footage]. It's a completely different methodology. I have gravitated toward the Canon platform more than any other camera system. It emulates film exactly how I know it and how it lives and breathes in my soul.


1. Rule of IsolationComposition has many objectives. One of its major objectives is to highlight a subject – to make your main element stand out. There are different ways to do this. One of the ways to emphasize a subject is by means of isolation. In psychology, isolation means having no contact with other people.


This is a very special (sixth) 50 minute episode of ON THE COUCH, in which we had the pleasure of hosting my friend Rodney Charters, ASC, best known for his work as director of photography on “24″, “Shameless” and now the new “Dallas”, Bruce Logan, ASC, best known for his work on the original TRON, the original Star Wars films and Batman Forever, as well as the owners of Zacuto, Steve Weiss and Jens Bogehegn – both of them shooters with decades-long experience in production themselves!

Logic Pro X 10.0.7: Release notes | Apple
Apple release an update to Logic Pro with a lot of new features - and a lot of bug fixes too!


Logic no longer sometimes quits unexpectedly when:
Using the Option key to toggle all the disclosure triangles in the Project Audio window.
Dragging audio from the Project Audio window to the Tracks area.
Defining custom bank messages for a Multi Instrument in the Environment.
You insert a blank recordable DVD while Logic is running.
.
.


Turns out Mortensen likes “The Fellowship of the Ring” largely because it was shot in one go. “It was very confusing, we were going at such a pace, and they had so many units shooting, it was really insane. But it’s true that the first script was better organized,” he said. “Also, Peter was always a geek in terms of technology but, once he had the means to do it, and the evolution of the technology really took off, he never looked back.” 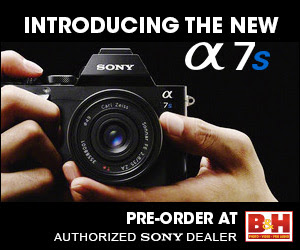 View stories of any user anonymously. Pictame2 pictame. The more Instagram followers a person has the more popular they will be on this site.