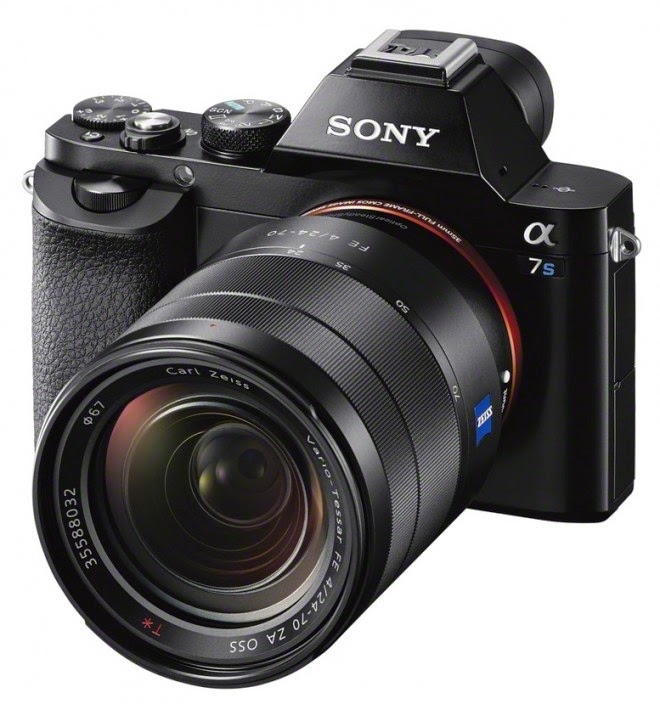 As they usually do, Sony held a press briefing the day before NAB opened to cover their announcements. This year was focused on 4K, though HD video did get a mention!

One interesting thing; they didn't announce any new video cameras, instead they announced upgrades for the F5, F55 and F65. For the F5 & F55 they announced a new documentary base designed to help make the camera more ENG-like. They also announced new recording format support for ProRes and Avid's DNXHD.
There's also a software update coming for the F65 with improved color management.

On the face of it, the A7s looks interesting;  the A7s has a smaller total sensor pixel count than the A7r, which probably helps give it much higher sensitivity. It also outputs 4K video, but only sends that out the HDMI port. That means you need to spend another $2K or so on an external recorder to get 4K recording. That's a bit disappointing as the Panasonic GH4 does record 4K (compressed) to a memory card. I've been playing with the Sony FDR-AX100, which also records 4K to a SDXC card, and I have to say, the resolution from 4K is amazing when down sampled to HD.

The A7s does record HD video at a higher bit rate, and the FDR-AX100 does that as well, but there's still a noticeable difference between the HD and 4K footage on the FDR-AX100. Which is not to say the A7s will produce lousy video. A particular advantage the A7s has over the FDR-AX100 and the Panasonic GH4 is that it has a full-frame sensor.

But I guess we'll have to wait for the A8s to record 4K video internally.