Last October Kevin McAuliffe told us in two articles that Final Cut Pro X wasn't worth caring about: "FCPX is still not ready for professional use". He caught a lot of crap for saying so, but he was right... in a very constrained context (which, if you read his rants, he carefully delineates). If you were a full-time editor working for or day-playing at an established production house, FCPX wasn't even on the radar.


Image quality is impressive across the frame. Typical of ultra-wide lenses, sharpness drops at the extreme corners, especially if combining the shortest focal length with the widest aperture. 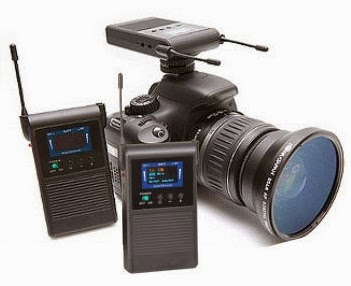 2.4GHz Dual Channel Wireless Stereo Microphone D5100 D7000 D800 5DII 7D 60D 600D | eBay
Interesting inexpensive wireless mic that's only $265...AND it's a dual system; you get two transmitters and one receiver that works with both at the same time.
I'm sure it works with other cameras too.
If you get one, let me know what it's like!


Movies are consciously designed to appear seamless. This makes it harder to analyze how they’re put together. We have also learned that you have to watch a movie at least twice before you can really analyze it, because on first viewing, people are “ lost ” in the story. It’s often easier to learn what not to do by watching bad movies because the flaws are visible. Where can you learn how to put together visual stories?

An oral history of Hoop Dreams, 20 years after its première | The Dissolve


In January 1994, a group of filmmakers from Chicago went to the Sundance Film Festival to accomplish the impossible, by selling a three-hour documentary about two inner-city teens hoping to get to the NBA. By the time they left, their lives had changed, and so had the way non-fiction filmmaking is perceived.


Overall the whole production in its totality was a fun experience, but I’m not sure I’d recommend to anyone to live in a house that’s being filmed in. On some days, there must have been 50-75 strangers passing through my house, sometimes as early as 4 or 5 in the morning. I did lose a bit of sleep, that’s for sure.

How QuarkXPress became a mere afterthought in publishing | Ars Technica
Not video related, but years ago I used Quark a little, and was always interested in what happened to it...


As the big dog of desktop publishing in the '80s and '90s, QuarkXPress was synonymous with professional publishing. In fact, it was publishing. But its hurried and steady decline is one of the greatest business failures in modern tech.


A look at some of the more challenging shots we put together from Martin Scorsese's new film The Wolf of Wall Street, starring Leonardo DiCaprio, Jonah Hill, and Matthew McConaughey. | Brainstorm Digital


Behind the scenes of our music video shoot using the Movi FreeFly System Rig.
Posted by Michael Murie at 6:30 AM