The third segment of Monday night's episode of The Daily Show was taped using "consumer cameras" after a power failure occured. It's not clear what cameras were actually used (someone tweeted that they were consumer cameras), though it looked like they really needed to do a white balance, and at the end of the segment a microphone boom could be seen!

This is not the first time an evening show has been recorded under "difficult" circumstances, or with consumer cameras. The Craig Ferguson Show has had problems with the lighting system and resorted to flash lights, and Jimmy Kimmel taped an episode of his show using a laptop webcam. 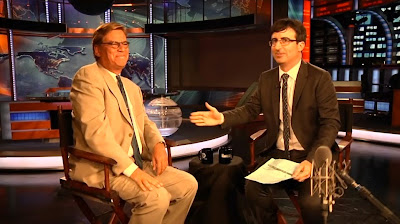 The show shot with consumer cameras

Apple released a new version of Logic Pro X, and while it's too soon to be certain, it looks like the initial reactions are more positive than Final Cut Pro X received. It's just $199, AND it can connect to Final Cut Pro X.

A number of new features include :


Logic Pro X includes Drummer, a revolutionary new feature that provides a virtual session player that automatically plays along with your song in a wide variety of drumming styles and techniques, and Flex Pitch, which provides integrated pitch editing for audio recordings. Apple also introduced Logic Remote, an innovative new way to play and control Logic Pro X from your iPad®, giving musicians the flexibility to create and mix their music from anywhere in the room.


Rocky Radio ‏@RockyRadio
#LogicProX is hands down the best DAW I've ever used in my life! That + the Logic iPad remote makes for a killer combo!!!

David Mesiha ‏@soniccanvas
#LogicProX anyone noticing problems with latency?  I seem to need to use the latency mode way more often!


Clearly, it hasn’t been discontinued, and I can tell you from my own experience, this is far from a GarageBand knockoff. This is the same professional digital audio workstation software that we’ve used for years, only better.

If you have a Sony NEX-EA50, you may be interested in these setup's that Erik Wittbusch is using with his camera, meanwhile, Doug Richardson explains why he never reads people's scripts.

Toby Lockerbie talks about the upcoming firmware update for the Sony NEX-FS700 which improves it's lowlight capabilities, and Jon Reiss explains how NOT to make a Kickstarter video.