Back in April Vincent Laforet started tweeting and posted about a new device he'd used that would be a "game changer" and would shake things up in the industry as much as the Canon 5D Mark II had. He said that this was the first thing since the 5D Mark II that he felt was as important, and added "I have a hard time imagining the day where I won’t be using it on a shoot."

The device was, of course, the MōVI, a "revolutionary" camera stabilizer.

The footage was certainly impressive, but at $15,000 for the M10 (they have a M5 that will sell for $7,500) I found it difficult to see this as a game changer for the majority of the video production industry. I just couldn't see a lot of indie or corporate video people spending that much money for a video stabilizer. And while the shots were pretty impressive, a regular Steadicam shot - done carefully - is pretty similar, and probably just as effective. 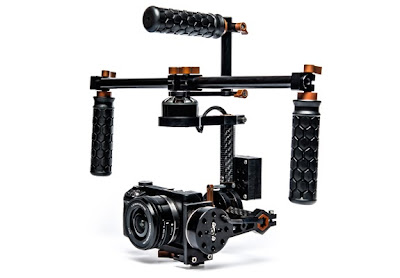 But, now there seems to be a dozen or so companies and individuals coming out with similar products, and the price of some of these is much, much lower. Relentless Inc is offering the Defy G2 Gimball at $2,300. It only supports a camera up to 2 lbs, but a lot of people are shooting with cameras that weigh less than that. And it seems likely there will also be under $1,000 products, though they may only support a GoPro Hero.


So is this a revolution? Will we all be sick of pointless "flying" shots in a couple of months? Will everyone have one in two years?

I'm not sure, but I'm starting to think that Vincent Laforet was a little more right than I originally thought he was. He just might have gotten the specific product wrong; it's not so much the MōVI that's creating the revolution, as the revolution in brushless gimbals. As Tom Parker wrote in his blog about creating his own test project:


Over the last few months brushless motor gimbals have taken to the spotlight, and for obvious reasons. They are simple to start with, it only takes some bent metal in L shapes with some motors bolted on and there you go. As long as its balanced it will work a treat.


eSteady Camera Rig For GoPro from Motor Reflex on Vimeo.
Posted by Michael Murie at 6:30 AM

The most interesting part.... none appear to be on the market yet!

Yes, but I think that will change very shortly; the Defy is supposed to ship early August. They may be a bit late, but I think they will ship shortly.

There's demo units and people building their own units, so I think it's within reach