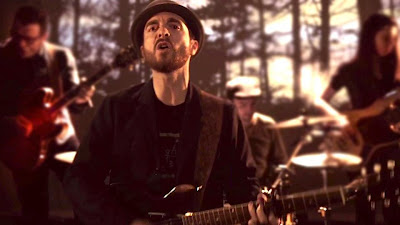 Air Traffic Controller 'Ready or Not' Official Music Video | Rick Macomber | Vimeo
I already wrote about observing the filming of some of the scenes for this video for Filmmaker : An Afternoon Music Video Shoot with the Canon C300. Now Rick has posted the completed music video for the band Air Traffic Controller's latest song: 'Ready Or Not.'
This video was shot on the Canon C300 over the course of several weeks, in multiple locations, and is a great example of short filmmaking.
Once you've seen the video, Sean Meehan has done a very nice Behind-The-Scenes video too:
Ready or Not - Behind the Scenes | Sean Meehan | Vimeo


Richard Taylor, creator of the great Final Cut Pro X resource site FCPX.tv, has created this short video tutorial to demonstrate how to create ‘persistent range selections in FCPX’, including a hiccup with the feature that you need to be aware of.


4. Consistent music playlists
One of the biggest challenges with screenwriting is you really have to live in the world of your screenplay, and very often that world is not the same as your writing environment. So when putting together a project I’m always thinking about music appropriate for the film, either for a soundtrack or music that the characters would listen to themselves.

'Iron Man' Editor Develops a '21st Century Moviola' For the iPad | Carolyn Giardina | Hollywood Reporter
Looks kinda cool, though not sure I want to spend that much to edit on the iPad when I already have two other video editors on the iPad and don't use them!


Lebental’s development is called TouchEdit, a frame-based editing app for the iPad with a “retro aesthetic," which is a simple, professional tool that could also be used by video enthusiasts. He plans to cut Favreau’s next movie with it. And he is aiming to make it available in the foreseeable future on the App Store for an introductory price of $50.


...if you’re lucky, you will get to make wonderful things with some of the most creative people you could ever hope to meet, and you’ll get to travel and create temporary homes and communities. But…you will also miss people. And you will be exhausted at the end of the day and not want to talk about work on the phone.


Why would you spend six months—or four years in the case of 2046—with someone you didn’t share a vision and commitment with? You see so many people who think they can further their so-called careers by working with assholes, and many western filmmakers are assholes. You have to cut them loose. No, it has to be a friendship to start with.


Every writer needs feedback - but a lot of those writers could use lessons in how to politely ask someone to read there script. The Bitter Script Reader offers some dos and don'ts for imposing on people to look over your work.

Getty & Google Struck a Deal, People are Not Happy | ABRAM GOGLANIAN | The Phoblographer
Google licenses some images, which causes confusion, though I'm still not sure why; unless they didn't license the pictures...


On the blog post by Google there was no mention made as to where the majority of the images came from, who they belonged to or how they were licensed. They basically just stated that if you have a Google Drive account, you have access to these images and are free to use them in your documents however you choose. If you read through the comments on that post you will notice that there are progressively more and more upset responses from the readers as they began to understand more of the situation.


We caught the film at the very, very tail end of TIFF where it played in a tiny room to the few journalists left in town. Not surprisingly, besides Jones' performance, "The Emperor" is simply not very good. We wrote in our review that the film "delivers a perfectly serviceable wartime movie, with its intentions in the right place.