It was the first day of Photokina yesterday, so it seems appropriate to cover all - or some - of the still camera news.

Mixed Feelings About The 6D
I really don't know what to think about the Canon 6D. As I feared, the 6D turned out to be - on the video side of things - very average. No great step forward in features or quality, and in one regard, a step backwards (no headphone jack.) It is smaller and lighter, and has built-in WiFi, but I don't think that would get me to buy it.

It's described as their lowest-prcied full-frame camera, but you can buy a new 5D Mark II right now for less than the list price of the 6D, so it's hardly breaking new ground. And on the video side of things, Canon really seems to be only going through the motions, leaving it to the video side of the company with the C100, C300 et al.

No headphone jack, no higher quality compression, no uncompressed video out through HDMI? Panasonic and Nikon could steal me away; it's only the fact that I have several Canon lenses that keep me hanging on... 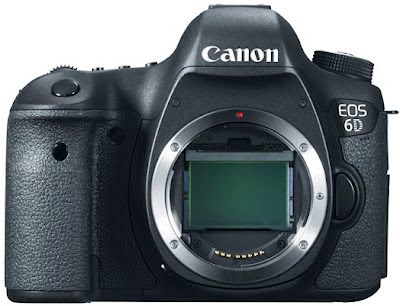 Canon EOS 6D Sample Images & Movies | Canon Japan
In addition to some sample images, there are two movies, each with their own "making of" video.


The elephant in the room, though, is the Nikon D600 - a camera that offers a higher spec in several key areas, with its 39-point AF system (including 9 cross-type), 100% viewfinder, 2016 pixel colour-sensitive metering, faster 5.5 fps shooting, dual card slots and excellent movie spec (including such things as clean HDMI output and a headphone socket for sound monitoring).


The EOS 6D breaks new ground in being based on SD memory rather than CF memory. This is the first Canon full frame DSLR which doesn’t use CF cards. SD cards are significantly less expensive and are now fast enough that only the very fastest DSLRs need the extra speed which CF cards can provide.


I’m expecting the video mode to be very similar to the 5D Mark III. As usual in the specs, gritty details are limited about what it does but I can see it has the ALL-I codec which is a good sign. The 650D lacked this and didn’t fix moire or aliasing.

The GH3 looks really interesting. Again, it's mainly because I don't want to buy new lenses - and I really want a 'real video' camera - that I'm not keen to jump to Panasonic, particularly as they have done nothing with the AG-AF100. But if your budget only goes to a DSLR, this might be the way to go.


In 1080/60/50p ALL-I and in IPB 30/25/24p, the maximum bitrate drops to 50Mbit to save space and CPU resources. Both MP4 and AVCHD are inter-frame (IPB) not intra-frame (ALL-I) so if you want the longest recording times choose MP4 or AVCHD and if you want the best image quality choose Quicktime MOV H.264.


The Panasonic GH3 | Zacuto
Zacuto offers their thoughts...on rigs for the GH3:


With additional features and more advanced specs, the Panasonic GH3 is proving to be pretty impressive. Some exciting new features are; shooting 1080p at 60fps, allowing full 1080p slow motion, and recording a higher bit-rate (up to 70/mbs) as a .mov file. This makes viewing and editing a breeze.


Something that we didn't expect on the D600 was the ability to shoot uncompressed video footage via HDMI. This, plus a mic socket for an external microphone, and a headphone jack should make the D600 very appealing to videographers. The only real difference between the implementation of the D600's video mode compared to the D800 is that you can't adjust aperture during movie recording on the new model (unless you use an older manual focus lens with a mechanical aperture ring).

Introducing the Leica M with 24MP CMOS sensor, Live View and HD Video
| Daniel Freytag | Blog
I'm sure this is a nice camera, and I'm sure I can't afford it!


Basically it sounds just like an improved M9P, but in fact it now supports HD video! According to Leica's fact sheet it can record 1080p, 720p, 640*480 (VGA) at 25 fps, 24 fps and 30 fps in VGA only. It has a Mono microphone and a stereo microphone adapter is available optionally. Furthermore it supports auto level adjustment, manual level adjustment (available while recording) and a concert preset.


The resolution absolutely, positively kicks butt and takes names. It is way better than the lens it replaces. It’s better at 70mm than the best Canon zoom I know of, the 70-200 f/2.8 IS II. It’s even better at 24mm than the sharpest 24mm prime we have, the Canon 24 TS-E. In the center, in the corners, it doesn’t care. We only had 5 copies to test, but they were all very similar with little copy-to-copy variation.


My first impression of the lens is very positive. I love the feel, weight and size of the lens. I actually have an event this weekend that I’ll be shooting, so I can put the lens through the paces in a real world situation.