Denoiser II just plain works and is quite robust. Even though it can be a bit time-consuming to render 1080p footage on a moderately-equipped machine, the final results will not only salvage otherwise unusable footage, but you will get the value of the $99 stand-alone price back in the first project you use it on! It also comes included with Magic Bullet Suite 11.4.1


I was surprised that, under the hood, the images from both codecs would be so different since they looked identical when converted from the original. Is Prores LT a total dealbreaker? Not necessarily. I could probably refine the skintone key in LT and get it looking pretty good, especially when blurring to include more values that the key didn’t get, but why not work with the best quality possible? Hard drives are cheap.


Online learning: How video changes and enhances the way we learn, discover how a great online video addresses the “why” of each lesson, presents the big picture of the subject matter, and supports the big-picture idea with granular details and steps.


While reminiscing about the film, we talk about the pesky shark not working and a few other stories on how JAWS came to exist and change Hollywood forever.
“...bigger than SOUND OF MUSIC, bigger than GODFATHER, the next thing you knew it was the highest grossing film of all time.”

I have to admit to having a soft spot for Jaws [Amazon $17.99]. I'd probably consider it one of my ten favorite movies. And now there's a Blu-ray version being released. I really, really, hope it's better than the Blu-ray version of North By Northwest, which I did not think was an improvement. 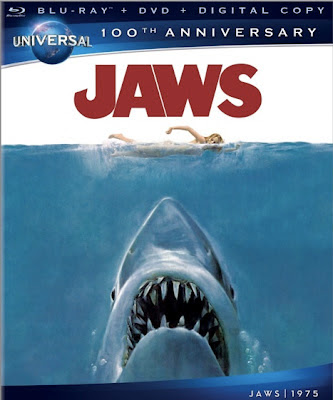 Q&A with Visual Effects Supervisor Brian Van't Hul | Digital Facility
If you're interested in stop-motion, you might want to check out this series of interviews with ParaNorman's creators.


Digital shooting and post digital paint and rig removal has helped create the opportunity for an animator to focus on acting. Traditionally in stop-motion it's been up to the animator to hide any rigs, wires or other supports used to hold puppets up during a walk or a jump through the air. It usually takes a lot of technical time to keep on top of this during shooting. If an animator can stay in a creative acting zone in as long and as uninterrupted a block of time as possible then their performance will be stronger.


I asked them if this problem was posted anywhere and they said no, people just call them if they have trouble. I think we need to post it wherever we can so people don’t have to waste hours of their time.

Guest Post: Be the Camera | Claude Kerven | Making The Movie
Some people say that things like story are more important than the camera. Claude begs to differ:


Without question, the art of filmmaking needs technology at its core. And the kinds of technologies we are working with today could change entirely in five and certainly ten years from now. What’s important is to acknowledge the role and utter importance of hardware and software – the need to master it, and the need to evolve with it.