Fresh out of University, Jack Lilley (23) and his friend Michael Grass started their video production company almost accidentally. "We didn't really have a choice," recalls Jack. "We got asked to make a DVD for punk singer/songwriter Frank Turner and in order to make some money from it we had to set up some type of official company." The name of the company - Sea Legs - came from one of his songs, though "we threw around a few names and this one just felt right."

Based in Bath/Bristol UK, their company now specializes in producing music and event videos.

A recent project they completed was a low-budget video for the Alternative/Indie/Rock band South Sea Company. Jack was gacious enough to take the time to answer some questions about this project. 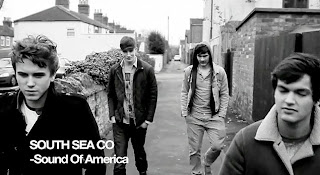 How did you get into this business?
I started filming a long time ago when I first started skating, and haven't put down a camera since. I'd always been a part of the local music scene in some way or another and after I finished university it just seemed the right thing to do; carry on filming bands as much as possible.


How did you come to make this video?
The manager of the band did us a huge favour with another video we filmed Fellsilent - immerse by providing us with a venue and in-house lighting. So we owed him one.

He asked us if we could put together a quick promo video for one of his bands for as little money as possible, but make it look as good as possible. The only input we got was that the band really like the way "Control" had been filmed, so we went for that kind of style. 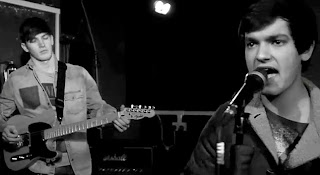 What equipment was used to shoot it?
The only camera we used was the Canon 550D/T2i. Lenses were my Sigma 24-135mm F2.8-4.5 (discontinued-Ed) and the standard Canon 18-55mm 3.5. The shoulder mount was a Habbycam SD camera brace. We had a slider on set as well, an Igus 2M rail that we had propped on 3 tripods. Lighting wise we hired out 6 Satchlers because it was such a small room and we wanted to have focused patches of light rather than fill it too much.


Do you use the Canon for most projects?
For short promos yes, but for live shows no. The 12 minute recording restriction is really annoying in that sense, but now Panasonic have bought out the AG-AF101 I expect we'll be using them as our live cameras and maybe have a few roaming 550Ds, 7Ds etc.


Who was the crew for this?
It was shot with myself and my aforementioned colleague Mike, thats all. We don't tend to work in big crews; we find it can complicate things a bit.


How was it shot?
It was shot in multiple takes. We shot a series of complete takes and I think in all we had over 25 full takes lined up in the editor, that's not counting mistakes though. I dont know how many we did in total, probably some where in the region of 35-40. 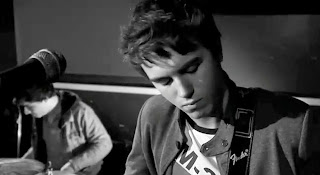 How long did you spend shooting?
We shot for about 3 hours just doing take after take, then we gave the band a "break" and filmed them walking outside, just to give us an establishing shot. Then we probably filmed for another two just to make sure we had everything.


At what point did you decide to make it Black & White?
We set out to make the video in black & white from the beginning.  The band wanted this video to be very British and had cited Control as one of their favorite films, so we purposely shot in Black and White.


How was it edited?
We used Final Cut Pro, and Apple Color. I did edit it along with Mike. I think that in all it took a couple of days. Once we had the tracks lined up it's just a case of seeing what works where.


You can see more examples of their work at their website: Sea Legs

I know those kiddies in South Sea Company and I admire you for your excellent video, considering that sorting them out is probably worse than trying to herd cats!

Seriously, a fab job, particularly in the post-prod/edit.

Thank you for the kind words Suze. They were no trouble at all, great bunch of guys to work with.