Sony has an online HD Expo, which went live today. It runs live all day - there are Sony people hanging out in the chats, so there's some value to popping in today if you have questions! The demo videos etc., will evidently remain available until March.

There's some interesting prerecorded lectures, including one on the just announced NXCAM: 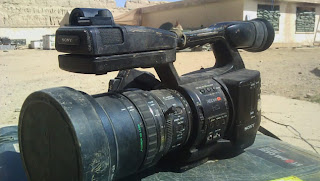 Dusty EX1
Thierry Humeau, talks about documenting the war in Afghanistan
with a PDW-F800 and PMW-EX1
Posted by Michael Murie at 12:28 PM