As I previously mentioned, I haven't really done any serious lens testing before, so I've been doing some research on the topic. So far I've found the following references/resources: 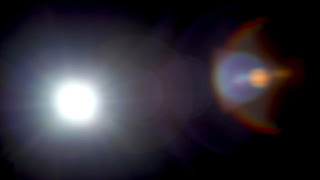 Lens flares | Too Much Information


All lenses were at their wides aperture and pointed to a 500W spot light that was about 4 meters away. I shot the tests on Sony NEX-FS700. The only colour correction I did on the footage is set the shadows and highlights to 0 and 100 IRE respectively. 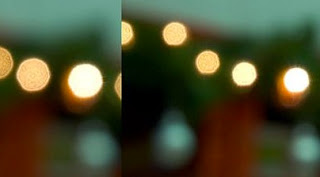 
The distance for the main object was 0.5m for all 50mm lenses, and 1m for 105mm Sigma (with and without TC) and Sigma 50-500. White christmass bulbs were at 3m distance. Object shot (HO steam model loco) was chosen for huge contrast, tiny details and very shiny parts that provoke easily CA and blooming. That way one can nicely judge other lens qualities besides bokeh.


What the Heck is Bokeh? | Rick Denney


Test conditions include a near item that would serve as a focus target. A far item would provide a sampling of out-of-focus details to provide the comparison. There were three test scenarios. The first is a wine bottle used as a focus target, with a crystal wine glass and crystal candlestick in the background. The facets of the crystal provides a range of out-of-focus highlights.

About Lens Distortion | The Digital Picture

'Everything' articles (including MTF and Contrast)


How To Test A Lens | Prime-junta


There are two sets of characteristics that you need to consider when examining a lens: build and optical. The build characteristics are too often ignored, although in my opinion they have much more of an immediate impact on photography than the optical ones -- they can either get or lose you the shot, while the optical quality only determines how the picture looks once it's in the box. And personally, I'd rather have the shot with a slightly lower quality than miss it altogether.

How to Test a Lens | Roger Cicala | Lens Rentals


There are several levels of testing and examination one can do. The simplest is go take some pictures and see if they look okay. This works well, and has the advantage of getting to take pictures, but has some shortcomings, too. First, you may not notice a problem until it is too late to return or exchange the lens. Second, if something is wrong, simple photographs don’t usually determine what kind of problem the lens has. This lens is soft is a good article title, but not a good description of a problem.


Everyone is likely to be familiar with the concept of image resolution, but unfortunately, too much emphasis is often placed on this single metric. Resolution only describes how much detail a lens is capable of capturing — and not necessarily the quality of the detail that is captured. Other factors therefore often contribute much more to our perception of the quality and sharpness of a digital image.


The test procedure follows the IMATEST guidelines. Imatest is a software tool that analyses various image aspects. The testing procedure is actually quite simple - in principal at least - you're taking sample images of test charts. There're three variants of charts:

Lens testing resources | Norman Koren
Links to a bunch of things, and info about creating a lens test chart