Yesterday I went out to Salem MA where a group of enthusiastic DPs and actors had gathered together for a Three-Minute Film Challenge. Organized by Paul Antico and Rick Macomber, everyone was invited to bring a scipt with the object of shooting a three-minute movie. The other wrinkle was that the plan was to shoot it all using a Canon C300.

I'll be writing more about it later - once the video's are complete - but here's some pictures from the event: 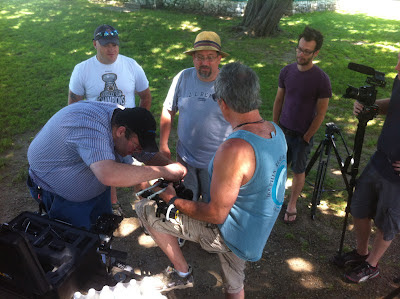 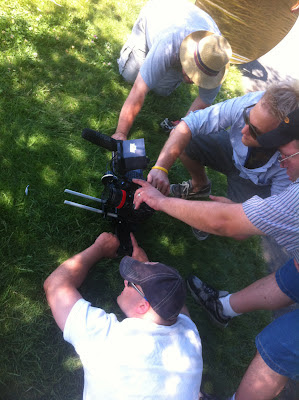 Using a slider in the grass. 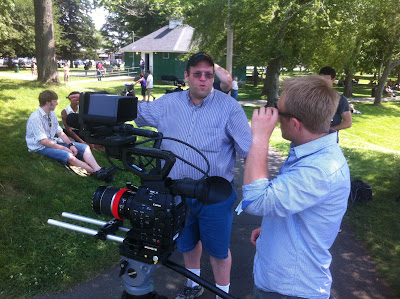 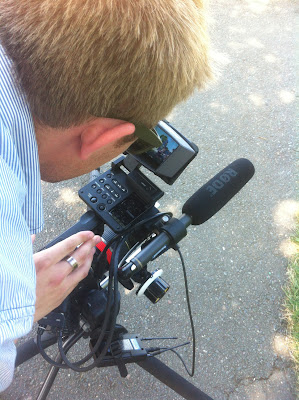 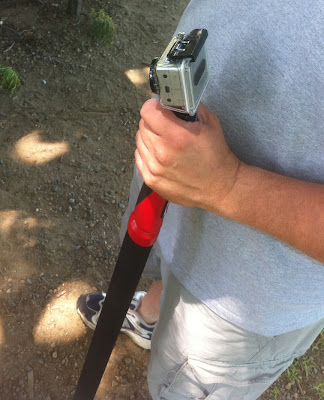 Todd Mahoney brought along this little gem. A Shur-Line 06572L

painters-pole with an adapter that lets him mount a GoPro Hero.

I always find it interesting to watch other's when they are shooting; how they set things up, placement of the actors and camera, and how they handle lighting. And when it's a project like this; where time is of the essence, but ultimately the only client is the person that had the idea, you can learn a lot. Fortunately, it was also a nice day - not too hot - and it was a really good group of people who showed up. The only downside; we could have accomplished a lot more with a second C300!

Paul has already posted a trailer for his movie: