6 Filmmaking Tips From Stanley Kubrick | Cole Abaius | Film School Rejects
Some advice from Kubrick, based on quotes from the man:


In previous lessons, you’ve used many of the essential 2D and 3D tools you need for motion graphics design. But Adobe After Effects CS6 also offers motion stabilization, motion tracking, advanced keying tools, distortion effects, the capability to retime footage using the Timewarp effect, support for high dynamic range (HDR) color images, network rendering, and much more. In this lesson, you will learn how to use the Warp Stabilizer to stabilize a handheld camera shot and to track one object to another in an image so that their motion is synchronized.


How easy, or difficult it is to pull a “clean key” (essential to achieving a convincing final result) depends on a variety of factors having to do with the quality of the footage. Was the background evenly lit? Was it recorded in a video format optimal for Chroma Keying? Does the subject have strands of long hair, or is the subject moving very quickly through the shot? These and other factors will determine whether you can achieve a satisfactory result with a single click, or if you will need to make some adjustments to get the look you want.

How to use Premiere Pro CS6 keyboard shortcuts | lynda.com tutorial | YouTube
A tutorial from Richard Harrington:


At $60 a pop, Elgato’s follow-up to the March release of Thunderbolt SSD is more expensive. The cable is also much shorter at just 1.6-foot compared to Apple’s 2-meter offering.

It is black, too.


Now that the dust has settled, where do we stand?
In a post last week on FCPX, Philip Hodgetts noted one possibly-surprising fact: FCPX installs in just these few months have now surpassed those of FCP7. It makes sense in a lot of ways: At $299, more people can make the leap than with the $1,599 price point they had confronted in the past. For newbies, the program builds from their iMovie experience.

WHAT PRIVACY? | David Rosen | Filmmaker Magazine
A look at the latest privacy law making it's way through Congress:


The Electronic Freedom Foundation and other groups have raised serious objections to the bill. EFF notes that the law gives “companies the power to read users’ emails and other communications and hand them to the government without any judicial oversight whatsoever…” Going further, EFF warns that the bill’s definitions of “cybersecurity” and “intellectual property” are too broad, thus smuggling the discredited SOPA legislation into law under a new name.

Field of View Comparator | Abelcine
Abelcine have updated their Field of View comparator to include the Blackmagic Cinema Camera.


Earlier today, Alex Dumitrache of the Magic Lantern firmware development group posted the image above of the 5D Mark III displaying a rudimentary "Hello, World!" string. This might seem insignificant, but it indicates that Canon hasn't taken drastic measures to prevent the firmware from being modified. The Magic Lantern Team has brought the custom firmware to the 5D Mark II, the T2i / 550D, and many other models.


Viewer erosion is one factor contributing to cable’s woes. As reported by the NCTA, the industry’s trade association, over the last decade, basic subscribers have declined by over 13 percent, to 58 million in 2011 from 66.9 million in 2001. This has contributed to the slowing of advertising dollars. In 2011, video services accounted for 58 percent of the industry’s revenue whereas in 2001 it made up 78 percent.


Adobe has made tremendous strides forward with CS6 but there are still areas that we would like to see addressed, particularly under the hood and some core edit functions, so I’m looking ahead to 2013 for a potential more widespread rollout of Premiere Pro in our workflow. Of course, we had no idea Autodesk was going to drop this new, more edit friendly, version of Smoke on us and I’m already giving them feedback on where I’d like that product to go in the next 12 months.

Shooting with RED Epic #3: You’re Limited with Monitor Outputs and Options
| Evan Luzi | The Black and Blue
Evan has been collecting together a series of tips on shooting with the RED Epic: 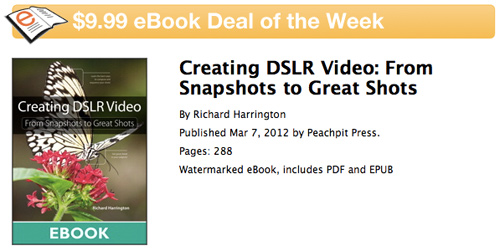