Playing with the Canon C300

Last night I was invited to sit in on some DP's shooting with the Canon C300. Daniel Bérubé of the Boston Creative Pro Users Group (formerly the Boston Final Cut Pro Users Group) arranged for the location, and the use of an EF mount Canon C300. Also present were Don Bérubé (who helped configure the camera and shot a lot of stills of the event), Baylee Ricci who graciously acted as a model, while DP's and shooters who got to play with the camera included Rick Macomber, Chris Loughran, Benjamin Eckstein and Norman Lang, with several others dropping in.

Officially, we only had three hours to set-up and do some test shots, and it's always surprising how much time can be spent setting up and lighting even a simple test scene. A variety of Canon lenses were used, including the 50mm f/1.2L, 85mm f/1.2L, a 14mm and the 16-35mm f/2.8L lens. The camera was used on a variety of support devices including a tripod, a Kessler CineSlider, a Kessler Crane and a Glidecam. 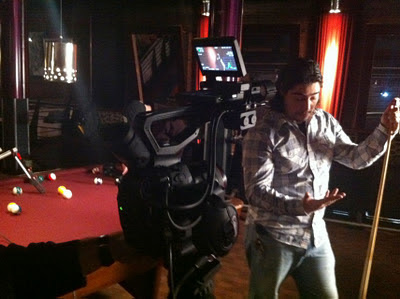 The low-light performance, as has been mentioned by many people, is very good. The location was a billiards bar with not a lot of light, and very little additional lighting was needed to produce very good images.

The camera is quite light, but it's not even close to DSLR weight unless you strip off the side handle and the LCD and top handle.

I think the small size and weight made it possible - and encouraged - doing things with the camera that you might not do with a larger camera. Of course, if you're shooting with a DSLR already, you might not notice much difference in that regard! 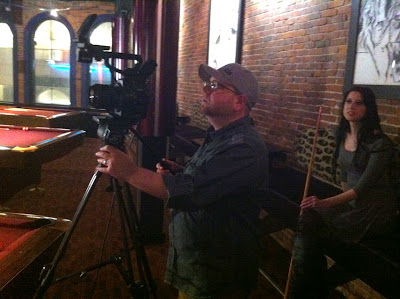 Chris Loughran
The LCD display is pretty good, though we were using a large external monitor for most of the work, which really makes a big difference when shooting, no matter what kind of camera you use.

We didn't do anything with audio; we didn't even try and record audio with the camera. Partly because this wasn't what we were most interested in testing, and partly because it would have added considerably to the production time.

Operation of the camera was pretty straight forward, though since most of those operating the camera had never used it before, there was a bit of time spent figuring out how to do things like change ISO, turn off the zebras, and how to start and stop recording! 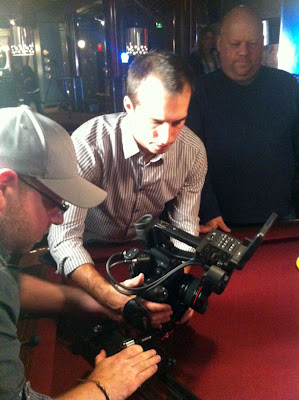 I believe there are plans to edit together the video that was shot and put it online, but at the moment I don't have any details on that.

Included here are some pictures snapped with my iPhone. I also shot some behind-the-scenes video which I will put together and post; probably in a couple of days as this week is proving to be a very busy one with tonights BOSCPUG meeting, and tomorrow nights Sony F65 event at Rule Boston Camera.

Note: the Canon C300 will be at tonights BOSCPUG presents "Visual Storytellers" event. 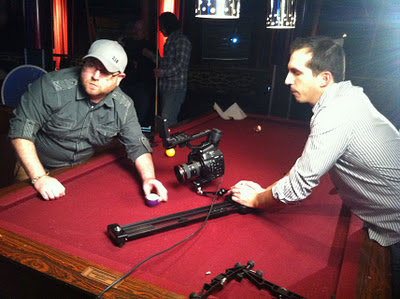