The Birger Engineering lens adapter for Canon EF lenses to the Panasonic AG-AF100 first got some press a few months ago, and though they won't be formerly announcing it until NAB, Erik Widding from Birger Engineering spoke at this weeks LearningLabs at Rule Boston Camera. 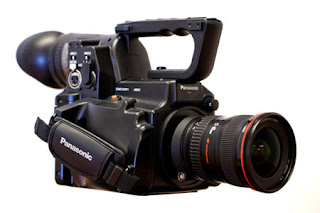 Rule has posted a video of the event, and if you are interested in this mount, it's well worth watching ( though it does get a bit technical here and there.) Some interesting details:
Rule Boston Camera
Birger Engineering