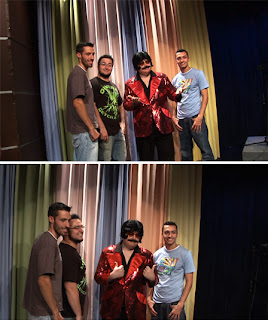 Since I’m mainly authoring to anamorphic DVD, I’m not sure the difference is going to be a problem. One note from some outside shooting, the lack of a neutral density filter on the AG-HMC70U is a bit annoying…at least I don’t think it has one. I better go back and reread the manual!
Posted by Michael Murie at 3:35 PM