Collected together here are links to some of the most interesting opinion pieces posted on Final Cut Pro X over the last couple of days; this list is not complete, as several earlier posts are collected in previous posts on the blog.

A personal Opinion: A Zen Approach to Final Cut X. A long (but balanced) view | Jeff Greenberg | CreativeCOW
It is a dichotomy between those things you wanted and expected versus what was delivered. Bonus: It occurs on a schedule you don't control. Apple's marketing/business model is to let design happen not by consensus but by vision.You may not share Apple's Vision.
It doesn't make Apple evil nor you great.

Apple Responds to Video Editors’ Grumblings Over Final Cut Pro | Lauren Goode | WSJ.com
Greenfield and other film pros have voiced a cacophony of complaints and said they’d prefer the old version of Apple’s software, which has become an industry standard. Their efforts, including the circulation of an online petition and a segment mocking the new software on Conan O’Brien’s late night talk show, have prompted Apple to provide a help website and issue assurances that updates are coming to some features of the software.

Apple’s FCP X FAQ: Reading Between the Lines | Paul Harrill | Self Reliant Films
Below I’ve offered my highly-subjective and quite likely wrong translations of some of the more curious Q+A sections of Apple’s FAQ.

Apple’s FCPX Gamble: Ignore The Players, Change The Game | Zac Cichy | techvessel
Apple see’s the film and television industries as dinosaurs in dire need of extinction. It’s no accident that FCPX simultaneously infuriates the industry they seek to transform, while also being designed as a re-education of video editing paradigm’s and conventions for a new generation.

Change | Greg Wilson | Sonar Studios Blog
I am what marketers call an early adopter (as opposed to a laggard). I was one of the geeks who waited in line (three times now) for the iPhone.  And I was excited to download this new cutting edge FCPX. But I will have to agree with the majority of editors out there; this FCPX isn’t quite ready.

FCPX Guts and Glory | Nathan Chojnacki | Nathan Chojnacki Wordpress
It’s important to stress that this is a .0 release of an application that is basically built from scratch. Yes, it looks a bit like iMovie. People are pissed because it has iMovie presets. I could care less, I don’t really use presets, and even FCP 7 had clock and circle wipes. People are also upset that it doesn’t have external monitoring capabilities, which is definitely important for the professional editor. Those people are just straight up wrong.

FCP X – The Good, The Bad and the Ugly | Harry | Support Partners
Includes a list of the Good, the Bad and the "Downright Ugly."
I will be honest and say that I’m not nearly as stressed as a lot of people who have been Twittering over the last couple of days about the death of FCP.  That does seem a little bit to dramatic to me and having a chance to use FCP X I can see a lot of really great features for the future.

“Final Cut Pro: The New Class” | Adam Lisagor | lonelysandwich
Has Apple done this because they wanted to dominate the pro editing market? Why would they do that? Well, to sell hardware, I guess. But why else? How’s this: to sell content. I will speculate that Final Cut Pro has just ceased to be about the craft of editing because Apple has little interest in the craft of editing.

FINAL CUT PRO X. Is it really that bad or is it a tool for a new Pro category? | Shmuel Hoffman | Shmuel Hoffman's Blog!
I think this software was created with a new Pro – category in mind. It is a very marginal but fast growing group who do mostly web delivery, web advertising, viral videos, image films etc. Guys who are doing the stuff on their own with a small guerilla team, guys with their DSLR’s.

Final Cut WHAT?! Don’t Panic – First Impressions of Final Cut Pro X | Nick Gold | Chesapeake Systems
A number of things could happen over the coming days and weeks, with regards to this little situation. There’s plenty of room for Apple to address the situation head-on, and perhaps shift the approach they are taking. It’s important to restrain the urge to make firm decisions now about where to head. Sit back for a little while, if at all possible, and see how things play out.

Final Cut X: The X is for amateur | Carson Mataxis | Capstrat
This is a new feeling for me. I have NEVER been truly mad at Apple before. But they have never failed me so miserably. I subscribe to MobileMe and I bought the first Apple TV. Those disappointments don't begin to compare to the disappointment I feel now. Those were recreational purchases. Now Apple is messing with my livelihood.

Finally! A *real* First Look at Final Cut Pro X | Kenyatta Cheese | Tumblr
In that entire chain, from media to monitors, it’s the editors who are sometimes the most cantankerous. They want to upgrade to the new hotness as soon as it’s out but they get upset when somebody questions their old and busted. In fact, some think it’s the post-production apocalypse.

First-Person Final Cut Pro X, Day One: Completely at Sea | Matthew Levie | TUAW
So I really, really did not believe that FCP X would be "iMovie Pro." But I have to say, my friends, I was far too optimistic. Apple has thrown us squarely under the bus

Former Final Cut Pro Developer: No, Apple Doesn’t Care About Pros | Brian Caulfield | Forbes
The following is based mostly on Sachin's article below (see: Why Apple built Final Cut Pro X):
So what is Apple thinking? It turns out, Apple was thinking big. “The pro market is too small for Apple to care about it,” Agarwal writes. “Instead of trying to get hundreds or even thousands of video professionals to buy new Macs, they can nail the pro-sumer market and sell to hundreds of thousands of hobbyists like me.” 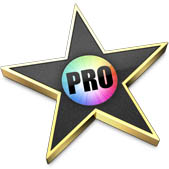 Moving Forward | Larry Jordan | Larry's Blog
As I see it, we all have three choices:
1. Convert to Final Cut Pro X
2. Do nothing, at least for a while
3. Switch to a different editing program

On risk, failure, and the future of Final Cut Pro | Chris Kenny | Nice Dissolve
For reasons I’ve already laid out at extensive length, I am entirely convinced that Apple does not intend to abandon the pro video editing market. If that’s the case, Final Cut Pro X is clearly a huge risk. Apple is not a company that’s afraid of risk, however.

Practical Thoughts on FCP X | Richard Leverton | Richard Leverton
The first time I saw one of my producers after the release the first thing he said to me was “I hear the new Final Cut is rubbish”. Obviously I disagree and I think once he sees the potential contained within it for our workflow he’ll come around. The discussion of how “Pro” or not FCP X is has gotten old now though. It happens to be that in my case, for a very large amount of what I do, it’s 95% of the way there.

Thoughts On FCP X | Alex Lindsay | BorderSac
I AM affected by the FCP update. We use probably half the features Apple cut. To add insult to injury, they added a great keyer that killed off one of my company's most lucrative revenue streams. So ... I have some skin in the game, or in this case, some skin left on the field.

Too little, too late? | Thomas Berglund | Thomas' random ramblings
I happen to work for one of these large companies mentioned [at NAB], where we have made huge investments around Final Cut Pro. With all the pain and agony Final Cut Pro 7 is causing these days (memory leaks, random crashes, required transcoding etc.), the anticipation for a more stable revamped 64-bit version was immense. The release of Final Cut Pro X is really too little, too late.

The Video/Film Pro According To Steve Jobs: Apple And Their Final Cut Pro X Mess | Paul Antico | Need Creative
Let me clarify it for you if you don’t. A) Serious Pro apps are dropping off of Apple’s portfolio. B) Apple has reduced the price of the apps they have left significantly, and in many cases made them more accessible. This course of action has me both very concerned (“Apple doesn’t care about Pros anymore” was  recent Tweet of mine) as well as very excited.

Yet Another FCP X Opinion From a Pro Editor – It’s not you, it’s me | Billy Sheahan | Billy Sheahan Blog
There are many more interesting innovations that I will probably like as I get more familiar with FCP X. However, I don’t plan to use FCP X for any professional editing projects for the foreseeable future. They key word there being foreseeable. 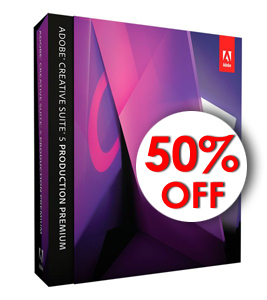