Dearly beloved scriptwriters, we're gathered together in this church in Harvard Square to pitch scripts. It's the Harvard Square Script Writer Group's Pitching It Workshop.

The Harvard Square Script Writers group has been going for some years. It’s meetings are held in a Lutheran church just a short hop from Harvard Square.

Usually they meet and go over a script from one of the participants, but every now and again they have a meeting on more general topics. Tonight they have four people from the industry talking about the art of pitching, and then about 16 people will each get a chance to do a five minute pitch to one of the speakers.

I've never pitched.
I won't be pitching tonight.
I'm here to observe because I'm curious about pitching.
It's not something I think I could do well, even if I tried. It's too close to selling, and I'm not good at that either.

There’s about 40 people present, including panelists.
The crowd is mostly middle aged, about two of them might be in their twenties.

The panel are:
Barry Brodsky, a produced playwright and screenwriter who teaches screenwriting and playwriting at Lesley University and at Boston University's Film School.

Janice Pieroni worked as a co-writer and an executive at Universal Studios.

Here's my notes from the meeting.


Q: What do you look for in great pitches?

Meek: Do I understand the concept, the tone, the genre, and who is pitching and where they are coming from?

Jarrett: I look for your excitement, your enthusiasm, and how much you believe in it.
Who is your audience and how do you see the film being distributed?
Your pitch has to be on paper. I had someone whose pitch was great, but it wasn't anything like the script.

Pieroni: It's the person. Do I like the person, can I work with them?

Brodsky: I agree [it’s the person], particularly if pitching to a small company.
For introverts it's good to practice. Don't take anything personally. There's no one perfect way to pitch, except at the end the person on the other side needs to want to read the script.

Meek: You have to know who you are pitching to - What can they offer you?
Jarrett: Know what you want to get from them

Pieroni: It’s okay to be an introvert. There's a lot of great writers who aren't good at pitching.
Jarrett: If you are an introvert, go with someone who isn't.


Q: What's the most important things to include?

Brodsky: Show some passion, and that you've got an engaging protagonist that the audience can relate to.
Compress, you can't tell the whole story; tell the important stuff.
If you compare your script to other movies, only do it to movies that made money.
Don't lead off with the title. It means nothing to me.

Jarrett: Don't pitch if you don't have the rights to the project. Particularly for true stories. The person you pitched to can go out and get the rights themselves.

Jarrett: Be prepared. Even if you go in to do a five minute pitch, be able to go longer.
Everyone says yes, because they are afraid to say no. If they seem excited, but they don’t talk about a contract or agreement, it means nothing.
If I was pitching to someone under 25, I wouldn't mention a Hitchcock movie as they may not have seen any, as terrible as that seems. This audience all looks like they've seem Hitchcock movies, no offence intended.
You need to think international now. You need to be thinking about budget.

After the general discussion, we got to watch people making pitches.

What did I get out of it?

All did a great job; better than I could for any of my projects, so points for that.

But pitching is hard. I sat in on five pitches, and I’m not a producer or director, but I thought all of them had good parts, but all of them had issues, and none hit it out of the park. Several went too long, were too detailed in places, or they meandered off on tangents, and got confusing.

I felt like all of them had a great half. Either they started great, but then the last half got too detailed and meandered, or they started a little hazily, and then the presenter got into the story in the second half and became more enthusiastic.

Tangents are clearly dangerous; one person went off on a tangent about his background, and that started to sound like a more interesting project than the one he was pitching.

In conclusion: Practice! You should record yourself and play it back, so you can listen to your own pitch. Give your pitch to friends and ask them; does this make sense? What don’t you understand?
Rehearse.
Posted by Michael Murie at 9:01 PM 10 comments 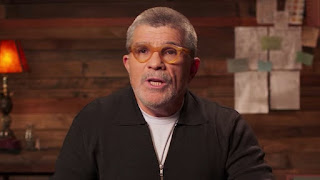 My only question is; if writing is your art, does editing count as business?
Posted by Michael Murie at 8:08 PM 4 comments 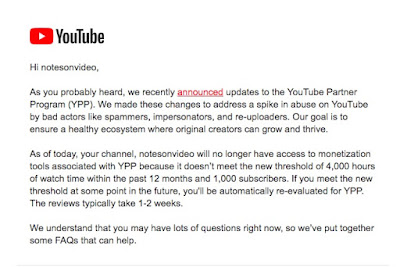