Should you buy a - video - camera a month before NAB? 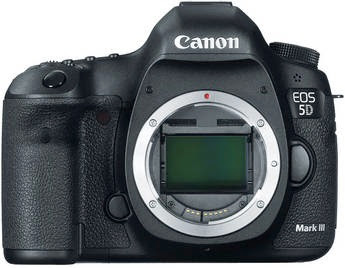 Sites like this one sometimes get accused of pimping gear to promote links to affiliate sites, which is totally untrue. I actually pimp gear to increase my Klout score.

And now I'm going to go completely against type, and suggest you put down that credit card - and don't order a camera!

Let's face it; there's a lot of excitement about the Canon 1D X and 5D Mark III right now. You can almost smell the unboxing videos. Both are available to order online, and the 1D X now has a projected shipping date: the last week of April - Exciting. Though if you're looking to buy it primarily for video, I'm not sure that spending $6,799 on the 1D X is a good idea, even if I would get a commission if you did...

And then there's the 5D Mark III, which is $3,000 cheaper. The Mark II started a revolution, and the III is even awesomer! so shouldn't you just order it now?

But I can't help thinking that - no matter how good the Mark III might be - if you're planning on spending money on a video camera, is a month before NAB the best time to do it? Because who know's what Sony or Panasonic might yet announce? Maybe even Canon themselves have something up their sleeves?

What could happen? Well Panasonic might replace the AG-AF100. Or Sony might bring out YAC (yet another camera) - they seem to do it with monotonous regularity. Canon might get a bit more detailed about the 4K video thing they were hinting at back when they announced the C300 and JVC will probably stuff 4K into something the size of a GoPro Hero.

Or maybe they won't. Maybe Sony and Panasonic just have minor firmware updates, and Canon shows off the 1D X, Mark III and C300, and laugh all the way to the bank.

Certainly, if you already own a 5D Mark II and a bunch of Canon lenses, and are looking to upgrade without spending money on the C300, then buying a Mark III right now is probably not a bad decision. But if that doesn't describe you, I'd be holding on to my money for another few weeks just incase something else does come along.

NAB is usually when these companies announce something, so spending money just to be the first to get the latest toy seems a bit risky; unless you need the camera immediately, and the 5D Mark III is the perfect camera for you. In which case, click here.

Of course, I could be wrong; if you wait, you'll be waiting that much longer to get your hands on that bright, shiny, black, camera. Though we all know a better camera will come along...some day.

Dude, the accusation about blogs "pimping gear to promote links to affiliate sites" is absolutely justified, and one of the reasons why yours is my favorite because you DON'T. But even just as I write this, SonyAlphaRumors just reminded us for the second time in a day -- as one of its major blog entries -- that the NEX-7 is in stock. And: the only time this qualifies as "news" is when it arrives in stock at an affiliate from which SonyAlphaRumors can make a profit. Same goes for Cheesycam.com and, only lately I'm afraid, planet5D.com.

At my sites, I do have affiliate links, but I'm on the way conservative end of whoring out.