We have run many posts about the 1D C and its powerful 4K in camera capture, but I have really never discussed the workflow. Many people have asked about how I am processing these huge files, and in the blog survey, you requested more about post workflow, so I thought I would go into how we roll it out. KISS (keep it simple stupid) is our mantra.


Ultimately, what steered me to the FS700 over the C100/C300 was the ability to use the Metabones Speed Booster, an adapter for Canon EF lenses that gives an extra stop of light and the effective field of view of a Canon 5D (not the Super35 crop factor, as with the C300).

So … Will We See That New Mac Pro Next Week, or What? | StudioDaily


Will the Mac Pro be announced next week?Maybe! Apple CEO Tim Cook promised "something really great" in this category would be released in 2013 and, as recently as NAB, Apple was reaffirming that promise, albeit with no further comment about when or what we were going to get


The first thing I noticed when I took my first shot with the Canon 6D was the color of my image and the sharpness. The image quality of the 6D is 82.0 compared to the 62.0 of the T4i. This score is calculated through various factors of color depth, dynamic rang, and low light performance. 6D’s resolution is 20.9MP compared to the T4i’s 17.9MP.


What Can I Get for $2,500 to $5,500?Features and options can nearly double for the discerning shopper seeking the most professional potential and bang for the buck. This price range is, arguably, the sweet spot when it comes to finding a professional production unit that will address most needs, from event to business, commercial and entertainment. 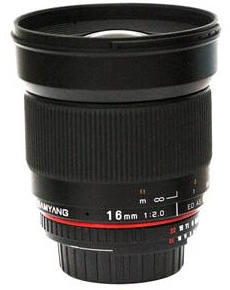 
Opening up the application, I found the interface well set up for quick access to the tools needed to work on the scene. The viewer shows the clip you're working on, and a toolbar at the top presents most of the tools needed to create and adjust the splines (2D shapes) used for tracking.

The Manfrotto MVH-500AH tripod head £130 | Philip Johnston | HD Warrior
A very short review of this tripod head, which is currently $124.99:


Firstly unlike the latest range of “bridge technology” tripod heads who all have a 75mm – 100mm ball head the MVH500AH is the first of the new generation to sport a flat head.


But let me be clear. Even with the change in consumption habits, the Sun-Times didn’t necessarily make the right choice in dismantling its photography department. The belief that a print journalist with an iPhone will suddenly understand how to use photography to tell a story, not to mention comprehending the ethics of photojournalism, is naive at best.


Start with a Kindle E-Book: “When all the dust settles, for us, Amazon is about 85 to 90 percent of the action,” Kawasaki said. “There’s all these other platforms, but if you can make it with Kindle you’ve got it made….If you make it on Kindle the rest is cream.”