Memory cards for the Sony FDR-AX100

I thought I was clear about what cards worked with the Sony FDR-AX100 in my previous posts, but an email from a reader suggests I wasn't as clear as I thought:

Two days before a three week shoot my producer says he got the FDR-AX100 from B&H as a backup camera. He didn't get any cards, but I looked on B&H and had three cards that were listed as accessories, so I thought I was good. Of course, after meeting the producer, the cards wouldn't record 4K or even HD as XQD.

I noticed on your blog you had a similar problem, but I have yet to see a confirmation that the Sony 64GB SDXC Class 10 UHS-1 card, in fact, does work. Your most recent post about the subject even further puts doubt in my mind. I would greatly appreciate it if you could confirm that card actually works.

So just to be clear, I tried one SD card that the camera wouldn't work with, but it accepted this card: Sony 64GB SDXC Class 10 UHS-1 Memory Card. So far it seems to work fine; though I can't say I've stress tested it yet. 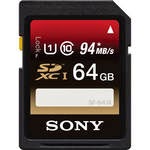 A quick camera shootout with the Canon C100, 5D Mark III, 7D, and Panasonic GH3 and GH4 (in 1080 and 4K). It's interesting because there's some big differences in exposure.
GH4 Camera Shootout | Hillbilly Grip Truck


That said... I found the 4k footage downsampled in post to 1080 to be surprisingly gradeable.  I pulled it back at least 2 stops and it looked good color wise... although it was grainy to start with.Now... That brings up the other point.  The GH4, even if it was underexposed, looked very grainy before being gained up.  Stranger still is that the 1080 footage has a "color noise" in its grain where the 4k doesn't, despite the 1080 having a higher bitrate.


A follow-up on the noise in the GH4 footage:
Camera Test Noise | Hillbilly Grip Truck


In our camera shootout, I hazed the room, both cause I like the look of it and because I wanted to see how the codec handled fine details.  I could kinda see the 100mbit 4k footage suffering, but the 1080 footage with the higher bitrate I imagined would be pristine.... But it really wasn't.

This is from last month, but an interesting effort from Digital Bolex. Tip of the hat to Evan Luzi of The Black and Blue blog for pointing this out. Also, you can read an interview with Evan here.
The Digital Bolex Grant for Women Cinematographers | Digital Bolex


Remember crane shots are time consuming and like any extra special shot should be used sparingly for full effect. The Glidetrack Carbon Crane is lightweight and easy to set up, you still need a tripod to support it but without the aid of a quad copter which you would not be allowed to use in a built up area its the only way of achieving this type of shot.


Larry Jordan sits down with Alexis Van Hurkman, a writer, director, and colorist, to talk about innovations in editing and color grading. Alexis discusses Blackmagic’s new DaVinci Resolve 11 release, and how it integrates editing with color grading.


I’ve come across many talented editors who have shared practical tips when it comes to using Final Cut Pro X, as well as Motion. Ever since its release, people have spent more time defending its editing capabilities, versus showing why it’s faster to utilize its workflow. I’m going to highlight some FCPX editors who have willingly shared practical tips and workflows when using Final Cut Pro X.


The most relevant advice is somewhere in the boiled down essence of all the feedback. If you notice patterns and consistency in what people write, you should look into it. For instance, I wanted the film to have a gradual pace, a slow unfolding narrative. Yet, I never imaged it having a “glacial pace,” as one person called it.


Event Date: April 30, 2014 11am PT
Join ProVideo Coalition writers Scott Simmons and Matthew Jeppsen as they talk through what they saw and what they didn't see at NAB this year. Highlights from the event will be showcased and we'll be discussing what those highlights mean to individuals and to the industry as a whole. We'll also talk through what was different about the show this year and what really stood out for them.