Adams cleverly points out through camera tests, experience, and research that Alexa, while operating in an additive color system, is mimicking properties of subtractive color mediums by separating color saturation and luminance after a certain level of exposure in order to adopt a closer film look


Above all else, carry on your most sensitive and expensive equipment: camera bodies, lenses, recorded media and backups, and items forbidden as checked baggage -- i.e., loose lithium ion batteries. Some people will recommend that you carry these items in non-equipment bags, padded by clothing and such.

Are we making too many movies?
Abundance Does NOT Mean TOO Many | Truly Free Film


The entertainment economy is transitioning from a mass market enterprises to one of targeted niches. In the process we are expanding from an industry that relied on three platforms — theatrical, broadcast, physical — to one that embraces a fourth, albeit one that is fragmented in an vast number of ways.

Behind the scenes of Weta Digital’s Smaug | fxGuide


You can also find out more about the craftspeople behind the making of the film in this special eBook created by fxguide in conjunction with Warner Bros. The eBook breaks down even more of the VFX work, plus provides insights into directing, screenwriting, production design, costume, cinematography, editing, sound and the film’s score.

A 4K camera from Panasonic that might be announced today...
Panasonic to Announce GH4K Tomorrow | Doddle


When Panasonic showed off a mockup of the GH4K during CES, I was kinda disappointed because there was no big presentation, no specs, no announcement, or even working prototype. Just a camera on display. Then talk started a few days ago that an announcement is coming, and it’s coming TOMORROW.


it will be highly based on the GH3 form factor. Most of the features are geared towards 4K Video, while photography features may only have slightly impressive specs over the existing GH3 (burst mode, megapixels, etc).


NBC Olympics is using more than 70 Sony HD studio and portable field cameras – a combination of the XDCAM, HDC, HSC and HXC-100 models. For the Sochi Games, NBC will also use Sony’s F55 4K camera to capture footage at various event venues.


Exposures were spot-on across the board, and even video captured at high sensitivities (ISO 12,800) looked better than expected. We stuck to ISO 3200 for the sample reel, however, which you can see embedded above.


Sony also announced that it would spin off its TV business, noting that it was struggling with reforming the division and that its target of returning the TV business to profitability would not be achieved by the end of the fiscal year ending March 31.

Two people in the last week were telling me how much they like Final Cut Pro X. Is this some kind of underground campaign that Apple is mounting?
A Second Chance For Final Cut Pro | Ryan E. Walters


I have to be honest- it took me some time to get up to speed with FCP X, as it is a big paradigm shift. But thanks to Larry Jordan's training, I was able to get up to speed in about 1 week. After adjusting my thinking, I am cutting content faster and easier than I was in Premiere. Things like the magnetic timeline, automated background rendering, keywords, and ratings have dramatically shortened the time it takes me to assemble a rough edit.


The latest edition of the Go Creative Show has been posted and features podcaster and consultant Daniel J. Lewis who has made a career teaching people how to produce, distribute and monetize their own podcasts.

This may not be good news for The Monuments Men, which is opening this week:
Confirmed: February Movies Suck | Slate


Just how bad are these February movies? We’re too afraid to watch them ourselves, so we looked at the Rotten Tomatoes scores of every movie making more than $1 million in the domestic box office since 2000, grouped the movies by month of release, and averaged the scores. Here’s what we found...

Hmmm...so is this a budget brushless gimbal device (i.e. no motors and things) or is it...well what is it? I couldn't find a price listed... 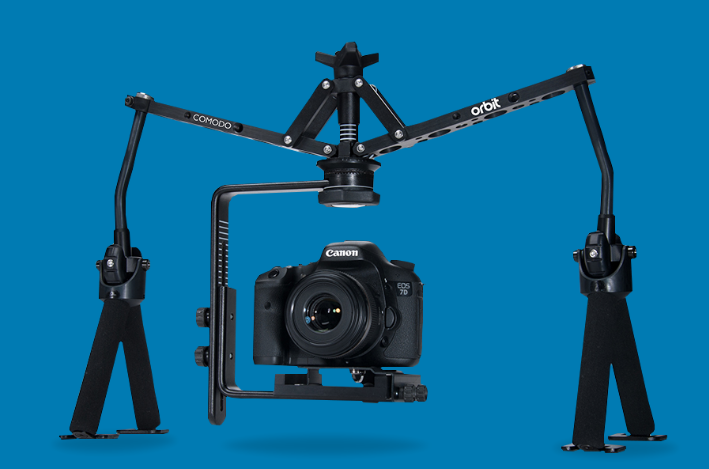 
Our Red Dragon came in Friday night, we quickly prepped the CineStar for the new camera and headed out for a first flight. The fact that you can have this kind of dynamic range and resolution flying on a 20lb multi-rotor is mind blowing!